skip to main | skip to sidebar

I love you. I really do.

I don't care if they call you watered down Radiohead. We all already knew that and it's OK. Very few people operate in the Radiohead spheres of Awesome and no one really expects that of you. There's really only room for a few; The Beatles, Mozart, Rachmaninoff, Earth Wind and Fire, and Kurt are up there and that's about it.

I'm writing because I'm feeling a little disappointed. It's been one thing after the other after the other lately. Whats going on guys??! You're all amazing musicians and writers and showman but I'm getting a bit tired weathering your lack of tact or capacity to distinguish the line between "influence" and "thievery".

You're already neck deep in the nasty copyright lawsuit about Vida la Vida...

You're costumes for the Grammys 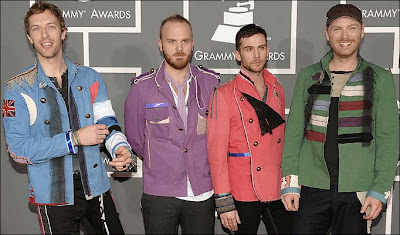 have sort of been done before... 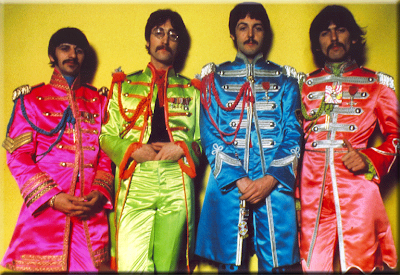 I mean, what were you thinking?! It may have been cool on paper but truthfully (and I wouldn't say this if I wasn't a friend) they scream "delusion of grandeur" and "overcompensating". You're doing well, but like I said before, you're not there, not yet. Yes you're from England, yes you're brilliant, yes you're all hot but don't get ahead of yourselves.

In your defense you did give proper props and thanks to the original gentleman so you preempted some scrutiny. Well done there.

However, and this is the point of my letter, I recently saw your latest video. I was excited because this my favorite song on the new album (well done there too), however, about 15 seconds in I was a bit ill at ease -

It sported that efforted, non-charming kind of silly, eerily familiar look you've taken to lately. I thought about it for a second and by the bongos it came to me -

Gentleman! Beck did this, like, 3 years ago. There is NO WAY you all could not have known that. Now, I know marionettes aren't exactly a copyrighted medium but come on. Either you need to desperately hire a fact checker, a media specialist, or retain my services because you're batting 0.

Beck is totally known for his performance art versions of a set and especially the marionettes. They centerpieced is 2006 tour. Everyone knows this. Especially the everyones that buy your albums. He even staged his puppets trashing Radiohead's dressing room. Beck is phenomenal. I'm never disappointed in him because he is a bonafide original. I'm considerably less inclined to pay the same compliments and respect to yourselves.

You are artists! You understand the angst of creating something and how you desperately hope it will be respected and received and that whatever you're trying to say will be heard. All of this is quite disturbing because of someone fronting their field YOU. SHOULD. KNOW. BETTER.

You should be setting the standard like the gentlemen who rocked those jackets first did, not skating around the edges of credibility. Get it together guys. Put the beers down and start thinking again dammit!

hopeful that you'll do the right thing and come up with something original on your own and save yourselves from becoming the band version of a formula studio trilogy,
~E
Posted by Ms. Liz at 6:46 PM

Movies I can't wait for